My two cents, and it may not be worth that 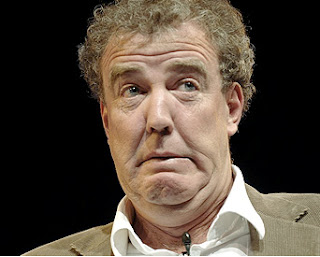 Top Gear is a car show from Britain on the BBC and is in my opinion the best imported TV show from jolly old England ever.  My mother would have argued Rosemary and Thyme was better, but I wouldn’t agree.  Top Gear is for car lovers pure car porn.  Some of the most amazing and exotic cars in the world driven on some of the most amazing roads in the world.  I have enjoyed the show for years and over the years I chose to over look the blatant pejorative political and cultural jabs at Americans.  I still maintained my fanship with Top Gear because the show is so sensory and pleasing to me.  With the jabs at politics and culture we Americans spawn came the complete and total castigation of American Cars.  Let’s face it, we Americans at times give them some of fodder for ridicule.  And when it comes to cars, for the most part I have to agree with them, I have only owned a few American cars since my driving career stared in the mid 1980’s, a 1968 Cadillac Coupe Deville, given to me any my brothers by our grandparents.  This was a truly fantastic car a 1989 Chevy S-10 and a 1992 Ford Ranger pickup truck.  I prefer European and Japanese cars to American cars, what can I say.
Where my sensibilities got offended by the Top Gear clan was when Jeremy Clarkson one of the three hosts said the following regarding public sector workers striking in Great Brittain.  “I’d have them all shot. I would take them outside and execute them in front of their families. I mean, how dare they go on strike when they have got these gilt-edged pensions that are going to be guaranteed while the rest of us have to work for a living?”  Now this was specific to those public sector workers in Great Britain but I feel a need to stand Lockstep with my brothers and sisters across the pond in public works.  I take offense that he says we should have to work for a living like the rest of us.  Rest of us?  Driving around in exotic sports cars and blowing hard in absurd levels of douchebagary (see the urban dictionary for definition) is work?  I want that job and what he makes for doing it.  Oh wait, that’s what everyone else is saying to us.  They think we don’t work and we make too much for doing what we do?  A bit of the pot calling the kettle black, I would say.


Now this attack on the public workers is just a mirror of what is taking place across the Atlantic here in America.  Here the Jeremy Clarkson figure head is captured in those that call themselves “Tea Party” (I know it’s ironic right) and they use the Gadsden flag as their moniker.  As a former Navy man who served on the USS Constitution which bore this flag in anger many years ago, I take offense to their using this flag, but that’s just my own opinion.  Most people have no idea what it represents or its history.  I am certain  many would be shocked that the don't tread on me motto and flag was used by the south when the north was trying to infringe on their rights to slavery.  (http://opinionator.blogs.nytimes.com/2010/11/08/georgia-to-u-s-dont-tread-on-me/)  Anyway, the attack on the so called “Gilt edged pensions” has been going full swing here in America and spear headed by the "Tea Party"(not to the same kind of tea party I had with my daughter and her dolls and miniature tea cup set).  I often hear that I am over paid and over compensated for my job.   I am told I do not deserve such a “generous pension”.  Most times I bite my tongue and hold my opinion to myself.  But Now, I will not hold my opinion back.
First off, if you have not been a police officer (or any public safety personnel) you have no idea what I do or deserve for what I do.  I do not know how to be a plumber and I would not try to assume that I do.  I do know it costs over $100K to train me to do what I do (you can go to law or medical school cheaper).  Most days I would do the job for free if I could afford it, because I love doing it so much.  Some days you could not pay me enough to do over.  Many people try to compare what we do to any other job.  It’s not any other job.  I was having a conversation with a fellow officer about how our job gets treated like it’s any other job.  He told me, “I had a guy who was shooting at me, the first few shots I fired into his torso didn’t stop him.  I finally shot him in the face.  I walked over and watched part of his brain oozing out like pulp into the street.  Another time I had to step over big chunks of human brain and skull of a parent who had just murdered their two children with head shots from a shotgun before turning the gun on themselves.  Do people have any idea of the images that go through my mind when I am falling asleep.  Horrible things I have had to see and do.  Putting myself at risk, to make others safe, then they bitch and moan that my benefits are too good.”
Back when everyone was fat and happy making dot com gobs of money nobody gave two craps about those of us in public sector work making less than them for long term stability and a pension.  However, now that those that made obscene amounts of money in real estate and technology and other fields aren’t making as they used to; I am now the bad guy.  I get “too much”.   Now common sense would tell you it a clear case of sour grapes.  But now factor in elected officials getting on the Tea Party Band wagon like the infamous Russell Pearce, Kirk Adams and now Andy Biggs who bow to the wishes of the Tea Party and Goldwater agenda.  They recently changed police officer retirements in Arizona from 20 years to 25 years and the contribution from my check to my pension is going up from $400 a month can go up to $800 a month. Senator Biggs is authoring anti police union legislation.  That crackling sounds you hear is the sound of the republican party burning the bridges with police and fire unions that have supported them in the past.  You will see a shift of police organizations that have for decades supported republicans switching parties.  Why? Because these elected officials try to treat police and fire like any other job.  Its not!

This is all happening at a time where the agency I work for is charging me $504 a month for medical coverage $114 for dental and $20 for vision plus another $40 in disability and life insurance since the Cities “Gilt Edged” benefits include one year’s salary paid to my family for life insurance if I get killed.  So let’s do the math.  For these awesome benefits I actually have to pay $1076.00 a month then, I have to pay taxes (just like everyone else that claims that they are a tax payer and pay my salary) about $450 month and you get a grand total of $1473 that I am paying each and every month for my “gilt edge pension” and “Golden benefits”.  Most people assume that “they” the tax payer are paying for my benefits.  Spare me a little more math, so after deductions, I risk my life as a police officer for $3301 a month take home.   With this I am to raise a family, make a mortgage and car payment.  Not to mention the several thousands of dollars I have spent on my own equipment for the job (averages between 2-4k a year of my own money I spend on equipment).
I know many may ask why I would do this job for that amount of money.  The reality is because I love it, but part of me does it for the stability.  Even though the pay is not terribly good especially for the risk, in the end after 20 years I will get a pension as a retirement.  Clearly they don’t pay me enough to put millions away by the time I retire, but they promise me that If I will do my job, Save lives when needed, take bad guys lives when needed, deal with all of the filth that society does not want to; after 20 years we will give you a pension.
Let’s take a look at what many propose, doing away with pensions all together for public safety.  Is it possible?  Sure.  But you will have to pay significantly more money up front for the employees to fund their own retirements.  Fine.  Instead starting cops out at $50K you will need to start them more like $70K and then keep jacking it up to keep them. So you can attract good people who are going to be a) good at it b) willing to do it and c) willing to do it for a long time.   At about 3-5 years all officers take a look in the mirror and decide if the scars on their soul and the damage that has been done to them is worth it and if they should keep going.  I can tell you that the money is not worth it, not even close.  Having to step over brain and skull and hair on the ground over a parent who used a shotgun to commit suicide then going in and finding the two children who are now practically headless due to the 12 gauge shotgun wounds to the head, not even $10,000 dollars pay for just that day is enough.  Not to have those images or the images of a brutal child abuse that you had to in vivid detail investigate and document.  No the money is not even close to worth it.  But knowing that at 20 years I can retire and still make a modest income and care for my family is why I and other continue to stay for the 20 years.

Soon cities will be hiring people who are only there for the money and getting the problems that brings.  Then when money is the only benefit, at 3-5 years most will look in the mirror and leave for better options elsewhere or they are just sick of doing it.  Now the $150K you spent training them to be cop and years of experience are gone and what are you left with?  A force of 3 year officers who are in it for the money.  Don’t get me wrong you will still have some good cops who do it for the love of the job and they will stick it out but cities will pay millions more for the mistakes of money hungry cops with little street experience.  There is nothing that makes you a good cop except years of doing it.  Nothing can but doing it can fully prepare you for this job.  So turnover will be overwhelming, lack of experience will create a decay in the system.  All the while the Bible thumping Tea Party will watch the Biblical prophecies that of continued wickedness and destruction of society as the world gets more evil.  I wonder if they will ever draw the conclusion that their personal attack and destruction of public safeties benefits and thusly the public safety system is part of the evil?  I doubt it.
Posted by Double A at 9:50 AM